Some weeks ago I was invited to a short tip in Austria – to Worthersee – where we’ve visited the Bodypainting Festival and explored this beautiful region. Of course I couldn’t resist making a picture diary from our stay.

In one of my last posts I gave you some impressions of our breath-taking hotel “Hotel Pörtschach” where we’ve stayed for three days and also a short cause of thought about why we should explore our own country more often. But today I want to show you some pictures of our adventures trough these days at Woerthersee. 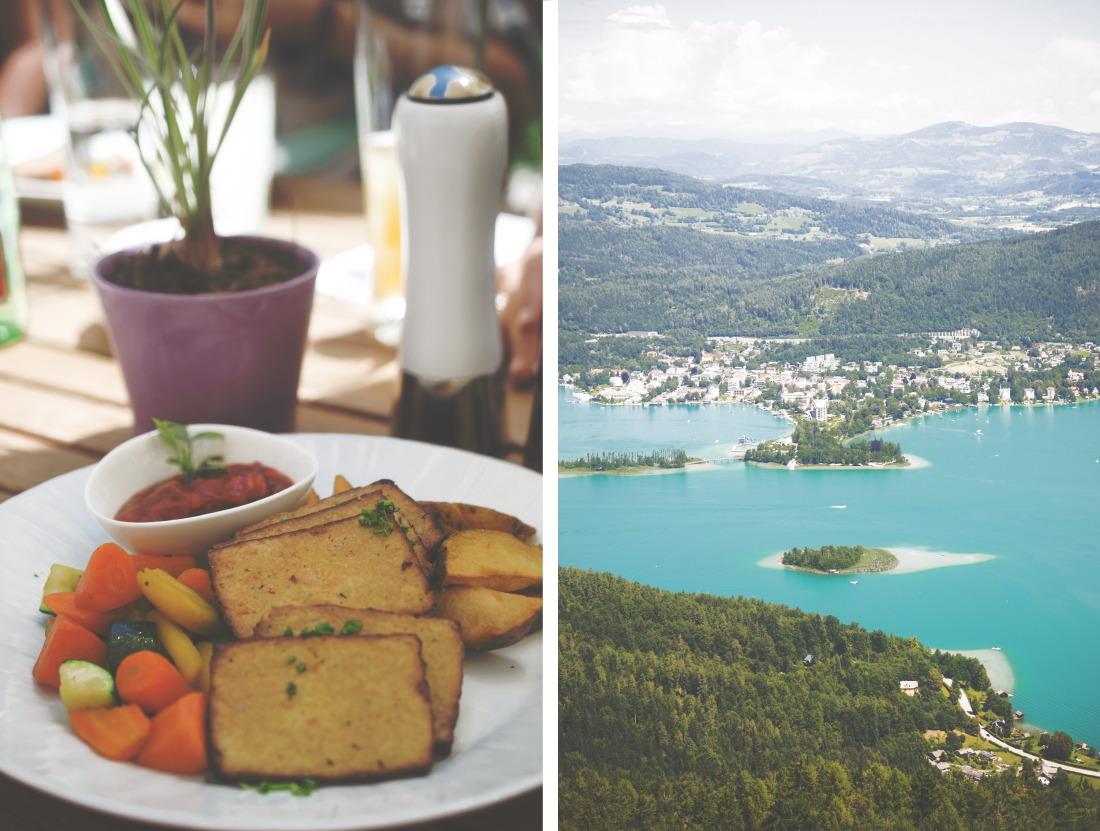 With some imagination the right picture looks like a small island beautiful island in the the middle of the Pacific. But in fact it’s in Austria, or rather in Reifnitz. This beautiful view from the top of the highest wooden lookout tower in the world called Pyramidenkogel, just blew me away. The turquoise view to the lake Worthersee is marvelous. Don’t you agree?

After that we had lunch at Genusswirt. With we I mean my blogger-coleagues  Nina, Mirela, Dana, Viki and me. ;o)

After our lunch we did some water sports at H2O Skischule AUEN. Seriously? A dream came true. Personally I found this adventures most exciting trough these days at Woerthersee. Some days before my trip I told my boyfriend that I would die for doing more water sports just like wake boarding, surfing, water skiing and you know, all sorts of water sports. It was like somebody was listening to our conversation because we really had the opportunity to try out some water sports. I’ve chosen wake boarding as it sounds like so much fun.

Well, it was really fun but if somebody would have filmed these few minutes on my wake board, I would instantly became a hollywood star. Really enjoyed it and I guess those who kept an eye on me, too. > Here somebody had captured a happy moment of mine ;-)

These two pictures were made at the Bodypainting Festival in Pörtschach. It was so fascinating what kind of artists attended this festival to show the world their incredible talent. I mean, they are drawing such an artwork for about 10 hours. So crazy!! For 10 hours you need to be 100% concentrated because if you fail, your whole work is for nothing. – Hats off guys! 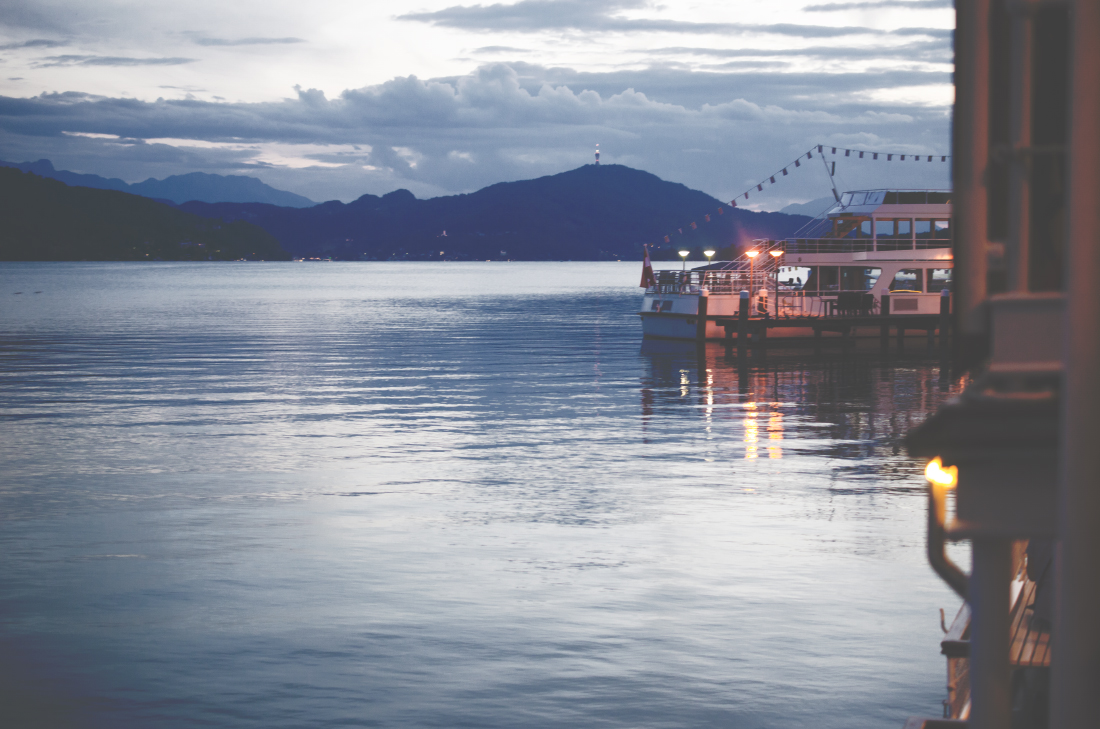 We also went to a so called “Fashion Check-In” in Klagenfurt. There was a fashion show presented by S.Oliver and we did also partied with Ozzy Osbourne’s son Louis Osbourne.

On the last day we were for breakfast at Hotel Seeschlössl. They couldn’t have organized a better end to this trip. – I’m really serious about it! I’ve never been to such a beautiful hotel, so charming, lovingly and unique in every way. Honestly, I felt like I’m in a screen romance where my lover surprised me with a breakfast nearby the lake including flowers and greens everywhere. Menservants which fulfill every single desire on your table. Oh my god – everything was in perfect harmony. I couldn’t ask for more!

What I learned through this trip is, that we should really dare to explore our own country more and not always feel like we need to fly hundreds kilometers away to have real holidays. There are so many beautiful places in our area, we haven’t seen so far. So just go and explore. You won’t regret it :-)