Life of a Princess 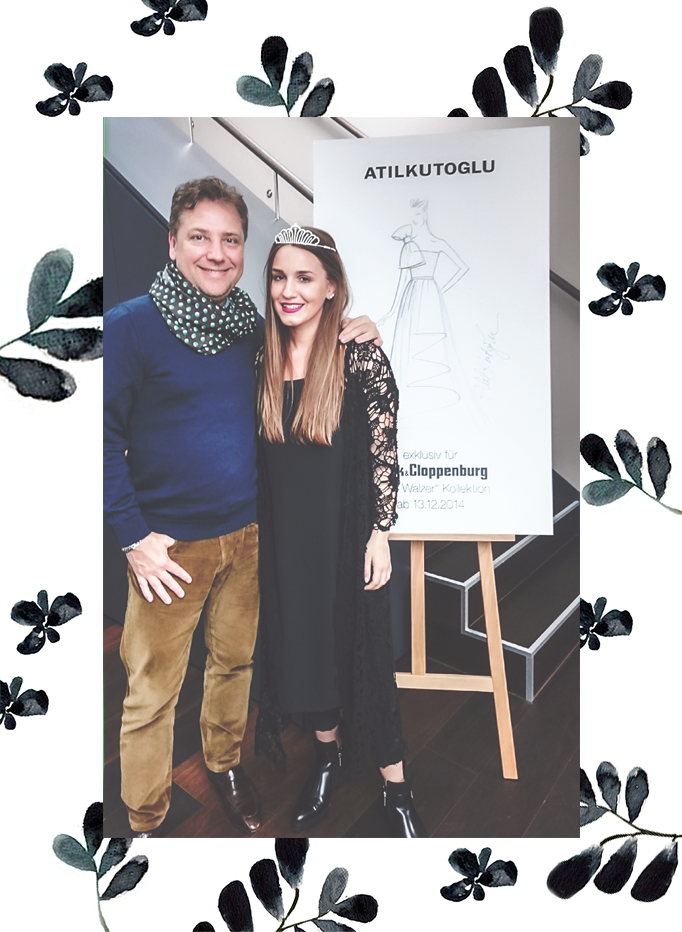 If you would have to describe your personality with only one piece of clothing, which one would you chose? Without hesitation I would go for a dress with a glamorous and timeless silhouette such as the those designed by GIAMBATTISTA VALLI or ELIE SAAB. – I’m sure that there is no other garment that describes the inner me better and more precisely.&

Wait, did I say GIAMBATTISTA VALLI? If you haven’t heard anything about this genius human being, you won’t forget him neither after you’ve seen his heavenly beautiful dress creations. Heavenly beautiful might be a way too understated phrase as they are truly magnificent. You will know what I mean if you take a look at Amal Clooney’s dress which she was wearing right after her wedding day in Venice. A white dress with a balloon-like silhouette, in the front short, from the behind a little bit longer with extensive lace and elaborated flower applications. After seeing this creation I immediately knew that I will have huge demands the next time when I’m looking about a dress for any special occasion…
I’ve always been in the opinion that, when a woman tries on a dress, she somehow needs to feel this dress. If she doesn’t feel good in it or if it doesn’t fit perfectly, she will notice that at the very first millisecond. I always have an exact imagination of how my dress should look like and what I would like to project with it. In fact that the inner Hristina might be a little dreamy princess and would do anything to wear a brilliantly designed dress every day, and of course that she feels incredibly good in it. Not only that, I also want to  show the world, how beautiful and creative fashion actually can be.
That Peek&Cloppenburg – my first place to go when I’m looking for a beautiful dress for a special occasion – has partnered with the spectacular Vienna Opera ball, which takes place in Vienna every year and is something like the mother of all balls and represents tradition, culture and elegance, somehow put a smile on my face.  Especially because I was a titty bitty part of it.
Peek&Cloppenbrug, which is a taraditional fashion-retailer, celebrated this occasion with an „All Walter“ debutante collection designed by Atil Kutoglu, a famous austrian-turkish designer. When I said that I was a tiny part of this occasion, I meant that I had the honor of seeing all his creations before it hit the stores of Peek&Cloppenburg on the 13th of December and also had the opportunity talking with Atil Kutoglu about his All Walter Collection.
As I feel hugely connected with traditional dresses, I felt so blessed about this possibility. Atil talked about what inspired him the most when he was designing this beautiful white dresses and guess what: his favorite cities Vienna, New York and Istanbul played an important role. That’s also the reason why he named his three debutante designes Vienna (1st picture), Istanbul (2nd one) & New York (3rd one). Afterwards I’ve also found out that all this places played an important role in his career as a fashion designer. New York is definitely my favorite creation as it somehow reminds me of Carrie Bradshaw in Sex and the City.

If you’re still looking for a debutante dress, you can take a look at these three beauties at Peek&Cloppenburg. :)

One thought on “Life of a Princess”